A Mother’s Love | A Son’s Journey 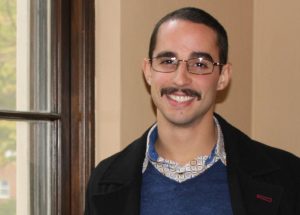 One story, seen through two different lenses: a mother’s perspective and a son’s point of view

ANA   My son Thomas is 24 years old. He has struggled with addiction since he was 14. He strayed from the Christian faith in which he was raised and rebellion took over, resulting in inevitable chaos.

Three MIPs, high school expulsion, two DUIs, one public intoxication and one disorderly conduct charges, and finally one year at the Oakland County Jail are just the sad, visible judicial consequences he (we) endured. Academic performance plunged and he dropped out of college. His widely acclaimed artistic talent was wasted and his dream of becoming an architect crumbled. Even when his potential was acknowledged by employers, the lack of discipline cost him several jobs.

The physical, psychological, social, mental, emotional and moral deterioration are especially devastating and confusing to parents who, though imperfect, devote themselves to loving and nurturing their sons and daughters. Parental discipline and endless conversations, a series of therapists, youth programs, and other outpatient interventions did not produce lasting positive changes for my son.

Drugs, alcohol, weed. It isn’t as though I had some traumatic event as a cause of my addiction. I didn’t have a hard life growing up. It was the opposite. I was loved, cared for, encouraged and guided. I was only 3 when we came to the States from Brazil (our family is Portuguese). Although my parents divorced when I was 16, growing up we were always together as a family. Taking annual camping trips, always eating meals at home. Mom was a Christian and tried her best to raise us in a Christian manner. When I look back, I feel like my parents did everything right. Yet, I always questioned authority. I was very rebellious, like a wild thing.

At 16 I also decided my mom didn’t have the right to make me go to church. I knew God existed, but I didn’t want to know Him, didn’t want to be held to any moral standard. I was always in awe of creation, the idea of finding out the purpose of life. I remember my sense of wonder at the vastness and beauty of the stars. My brother and I searched for answers in philosophy and science. But that was a defense mechanism, a way to reject God. I became a strong advocate against Christianity.

In spite of being expelled from high school, increased drug use and legal problems, I was able to graduate and go to Lawrence Technological University and pursue my dream of becoming an architect. But my cycle of trouble continued. I got a DUI early on and, once again, my dad was there to rescue me. I ended up moving into a house in Hazel Park, disconnecting with my family, losing interest in everything and dropping out of college. I was working construction with a guy I met in jail. He had been a heroin addict for 13 years and we stopped at a dope house every day.

The place I was living was a drug sanctuary and I didn’t have to leave that house for anything. It became an epicenter for me. I was hiding away in my basement digs…unfinished, dingy, underground. Your environment not only affects you, it reflects you. Cocaine, ecstasy, heroin. Drugs didn’t relieve my OCD, they enhanced it. I was constantly anxious, restless. Those were dark times.

I first saw light at the end of the tunnel on a family trip to Brazil. My grandmother had dedicated her life to studying and researching the Bible and was a gifted teacher, with a scripture for everything. I had some big questions which I doubted she could answer. But if she did so to my satisfaction I decided I would convert. She went straight to the Bible and she showed me the answers in Scripture, and my stubbornness started to drop away.

Talking with my brother, we realized that the so-called truth we had found through philosophy was absolute just until we found a better idea, a newer truth. Even after my experience with God in Brazil, my life still didn’t change when I came back. I believed but I had not surrendered.

ANA   Many faithful friends and family have joined me in praying fervently for Thomas over the years. Change started a couple of years ago after he acknowledged his sin and inability to save himself, and put his trust in Christ as his Savior. God raised several faithful men to pour into his life. Despite incredible progress, he was still not sufficiently free and strong to cut all ties with the destructive life style. He needed a long-term residential program, to learn how to enjoy total freedom that only Jesus can offer, and to grow into the man God created him to be. Shorter programs are much less effective in promoting deep, permanent changes for people in my son’s situation. Jesus’ famous words needed to become a reality in his life: “I am the way, the truth, and the life”, “the truth will set you free”, “I came to bind up the brokenhearted, to set the captives free.”

Now, try searching for an institution in our region that offers a Christian-centered, long-term program that families with low to average income can afford. There are simply no options. That is when the wonderful pastors at Woodside Bible Church in Pontiac suggested Life Challenge Ministries! LCM provides hope, healing and help through Jesus Christ for people struggling with any addiction, through their one-year residential program. They are a non-profit, faith-based Christian charity (and do not receive government funds because of this) but they still keep the program affordable to everyone through the generous donations of their supporters. Thank God Life Challenge was there for my family, my son!

THOMAS   I had moved back home but everything spiraled downward…another DUI, surgery, painkiller addiction, flipping my truck, legal trouble. God took away everything and my life funneled down. I was sentenced to a year in jail and I felt I was getting really close to God during that time. I wanted to do things right but when I got out of jail I was back to everything within one day. Selling drugs, partying. At the same time I started going to church. One day one of the pastors shook my hand, pulled me in close and prayed a very real, knowing prayer. He told me we needed to talk and I rode my bike to the church on Monday morning. That was a surrender to me, going there, and I felt like I was truly giving my life to God. I spent every day there for weeks. The pastors showed me love and trust. I was still struggling with my addictions and they told me about Life Challenge. I didn’t have a doubt.

ANA   Thomas has been in the program for 8 months now. Bad habits were exchanged for studying God’s word, prayer, and hard work. Like so many at Life Challenge, Thomas developed a passion for seeing others receive salvation and freedom in Christ. After he graduates next year, he is hoping to serve as an intern, God willing, and is planning to attend the Moody Bible Institute in Chicago next year.  He once again became strong physically (he put on 25 pounds of muscle!), mentally, and emotionally. Thomas is working hard along the staff and other residents to promote awareness and fight against the destructive power of addiction that is causing so much pain in our families and communities.

For his 24th birthday Ana wrote her son a letter. An excerpt from that letter:
“I have never loved you any less, but today you bring the greatest joy since you were born 24 years ago. Indeed I have no greater joy than to know that my children are walking in the truth. May God bless you beyond your imagination.”

THOMAS   Within a couple weeks after coming into the program, I started discovering the deep issues inside me. I realized I had come into LC for selfish reasons: to get ‘fixed’ as if I were a machine, go back to architecture school, pursue my dreams of fame. More importantly, there was a realization of sin and that what needed to be ‘fixed’ in me went way deeper than addiction. God has worked on my heart and every part of me, including my mind–I had done so many drugs I shouldn’t even be able to think. He has helped me with a debilitating fear of public speaking. I couldn’t even pray out loud when I was by myself, now I am a prayer leader and I share my testimony at rallies. I am working with Bro. Eric and this is the first time I’ve not let a boss down–I used to promise but never complete and deliver. All these changes are a testimony to the Lord.

I had to zero out my dreams of architecture and I feel God has called me to go to Moody. I am beginning to understand that the way God has made me (extremist, creative thinker, perfectionist, dreamer, empathizer) belongs to Him. Untamed these traits can be crippling, but focused and surrendered they can (I can) be used for God’s glory. I want to give my life, my talent for God! Maybe with the Pontiac Dream Center. Maybe in Africa someday, designing according to culture and resources. I will go wherever the Way, the Truth and the Life lead me.

Your prayers and support makes stories like this possible!
To make a donation, please click here. Thank you and God bless you.