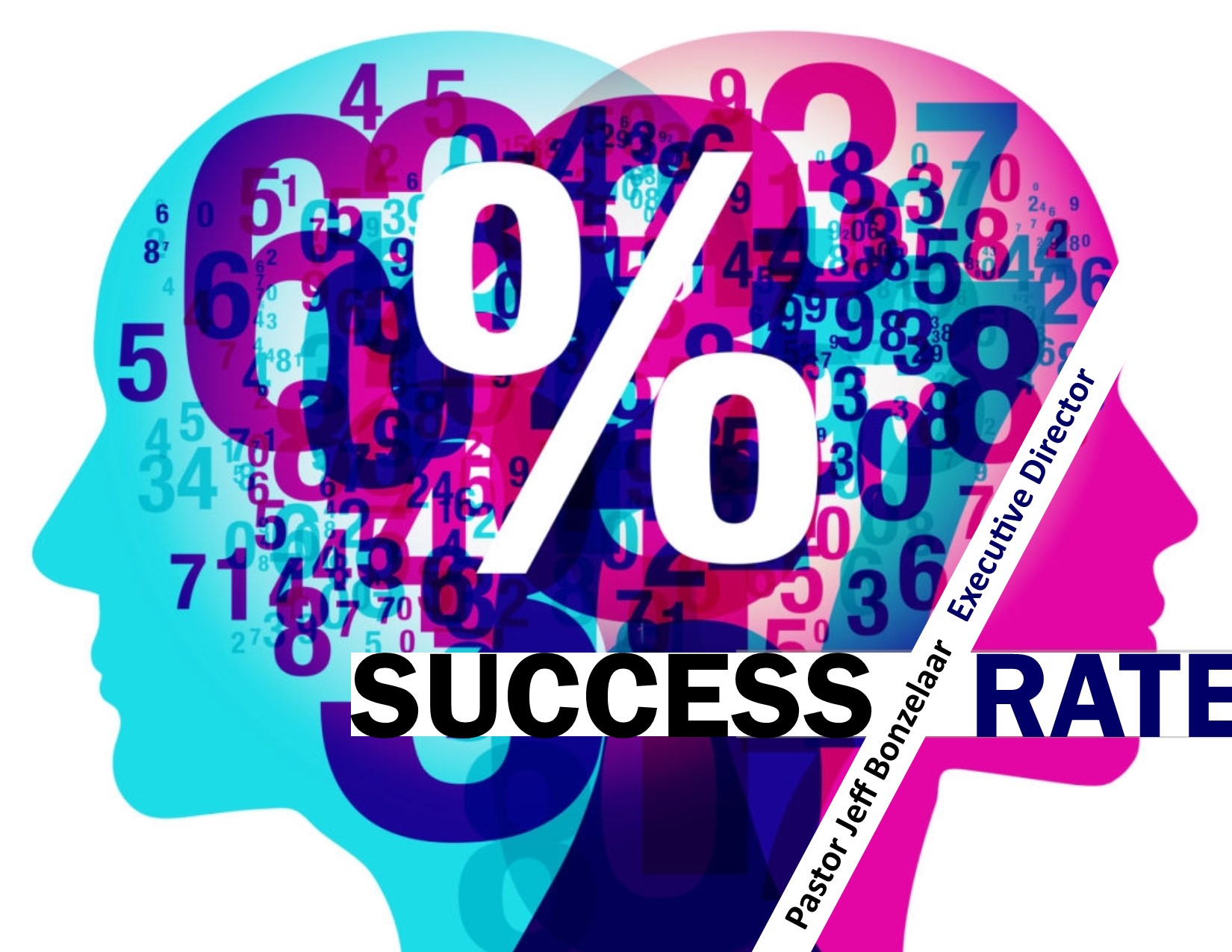 A question I am often asked or expected to address is, “What is your success rate?” It is a question that frustrates and perplexes me. It is complex for many reasons.

In most industries, the question is fairly straightforward. For a coach, success is about wins. For a school district, test scores. In retail, it’s about profit. In the automotive industry, the “concept of zero.”

In my “industry,” the recovery world, it is not that simple.

What actually constitutes success? Sobriety? Clean-time? Emotional stability? Gainful employment? Conversion and baptism? What if an alcoholic is sober but depressed? Or a junkie is no longer shooting up but daily ingesting methadone as prescribed? Success means different things to different people.

In fact, what may be considered success for one person may be failure for another. C.S. Lewis wrote, “When a man who has been perverted from his youth and taught that cruelty is the right thing does some tiny little kindness, or refrains from some cruelty he might have committed, and thereby, perhaps, risks being sneered at by his companions, he may, in God’s eyes, be doing more than you and I would do if we gave up life itself for a friend.”

A few years ago, a young man who graduated from our program overdosed on heroin five months later. He had rededicated his life to Christ and became a leader among his peers. He had been reunited with his family and was loved and respected by all. Yet in a moment of weakness, he made a choice that cost him his life. Was he successful? Were we successful? The answer depends on who is asked. While his parents still deeply grieve his loss, both would say “yes” to either question. Their son was successful, and we were successful.

God’s standards of success vary from person to person. While freedom from alcohol and substance abuse is important, God often has other priorities in his recovery “program” for individuals. Breaking a man of his pride, for instance, and bringing him to a place of surrender and trust may be much higher on God’s agenda than his immediate sobriety.

But supposing we can agree upon a definition of success, when is it valid to make an assessment? Can an accurate reading of a person’s recovery be made after the one-year anniversary of his graduation from the program? Must more time pass (3, 5, 10 years)? Many addicts flounder for years before they finally break free from the vicious cycle of recovery-relapse. Others experience a more sudden, dramatic deliverance.

When looking at Jesus’ success rate, one would arrive at different percentages depending on when the assessment took place. On the night of his betrayal, he had a zero-retention rate. Fifty days after resurrection, there were over three thousand followers. Timing is everything. So we must be careful, as Paul reminded us, to not judge before the “appointed time” (1 Cor. 4:5).

Finally, how does one measure success in the first place? A person’s devotional life and church attendance? But what if reading the Bible, praying, and attending weekly worship services is done out of a spirit of legalism? That would actually be a sign of regression. What about a person’s contentment level? An inner calm may be a positive sign. Then again, it may not be. One may be too settled, maybe even indifferent, when he or she should be more ambitious and disturbed.

Who is to know? We can’t read hearts. We don’t have all the information. The work of the Spirit is mysterious, beyond human comprehension.

I just can’t get caught up in “success rate.” It’s not mine to determine in the first place. I don’t have the power to change hearts and create faith. One plants, another waters, but God gives the increase (1 Cor. 3:7). My calling is to be faithful . . . whatever that looks like and whatever it results in.

At the end of the day, for those short on time and who don’t really want an extended answer, my simple response to the question, “What is your success rate?” is: 100% for those who take the medicine.

In the final analysis, God’s “success” always looks different. The outcomes are not normally what we envision or hope for. But in a curious way, they are strangely better. The cross is testimony of this.