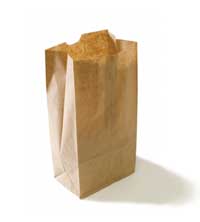 Living Out Of Your Bag

Life seldom turns out like we think it will or should.

John did not expect to be a widower at the age of 42. The Johnsons never planned on losing their son to a drug overdose. Teresa never dreamed of raising a daughter by herself. Mike never anticipated filing bankruptcy. Gene never expected to be diagnosed with terminal cancer.

We make plans. We purchase insurance. We try to be good neighbors. We eat our vegetables. We say our prayers.

But none of this is a guarantee that tragedy or misfortune will not strike us.

Near the end of the Gospel of John, Jesus has some sobering words for Peter. Almost by surprise, he tells Peter how he will die: “When you are old you will stretch out your hands, and another will dress you and carry you where you do not want to go” (21:18, ESV). Peter’s last act would be a hard one, but one by which he would glorify God (v. 19).

Maybe it was too much for Peter to swallow at the time. He did not seem to hear what Jesus said. His chief concern was with John, “What about him?”, to which Jesus replied, “What is that to you?” (i.e., “Mind your own business!” vv. 21-22). Then Jesus forthrightly says, “You must follow me” (v. 22).

Peter had been told that he was the rock upon which Jesus would build his church (Mt. 16:18). He was told he would be ruling—sitting on a throne—with the other disciples (Mt. 19:28). He was part of the inner Three. This bit about stretching out his hands and someone else dressing him and carrying him where he did not want to go was not a chapter he was envisioning.

And that is life. Unexpected turns leading to unforeseen destinations.

The Apostle Paul faced a similar lot. He had dreams of evangelizing lands on the fringes of the Roman empire that had never heard of Christ. Instead, he finds himself chained up in a prison cell awaiting likely execution. Meanwhile, his ministry was under attack by rival preachers, and most of his friends had deserted him.

Nevertheless, Paul’s prayer was “that now as always Christ will be exalted in my body, whether by life or by death” (Phil. 1:20). That is it. That Jesus would be glorified. Paul does not pray, “God, make my life easier. Get me out of this jam. Fix my problems.” No. Paul’s single aim was that whatever platform given him, he make Jesus look good.

God has packaged you on purpose for his purposes. . . good purposes. So look in your “bag,” take what you have, and use it to advance God’s glory. Do not reach for someone else’s bag. Do not try to exchange the contents of your own. Like Job of old, embrace what you have—good and bad—and praise the living Lord (see Job 1:20-21; 2:10).

Perhaps within your bag is a trying marriage or a taxing job, a financial crisis or a deadly disease. God is sovereign. There are no coincidences, only providences. Do not fight him. Trust him.

It is not your life or your story. The bag is on loan. Make the best out of what you have been given.

And do not forget: While your assignment may be more than you think you can bear, his grace is sufficient. His strength is perfected in your weakness (see 2 Cor. 12:9-10).