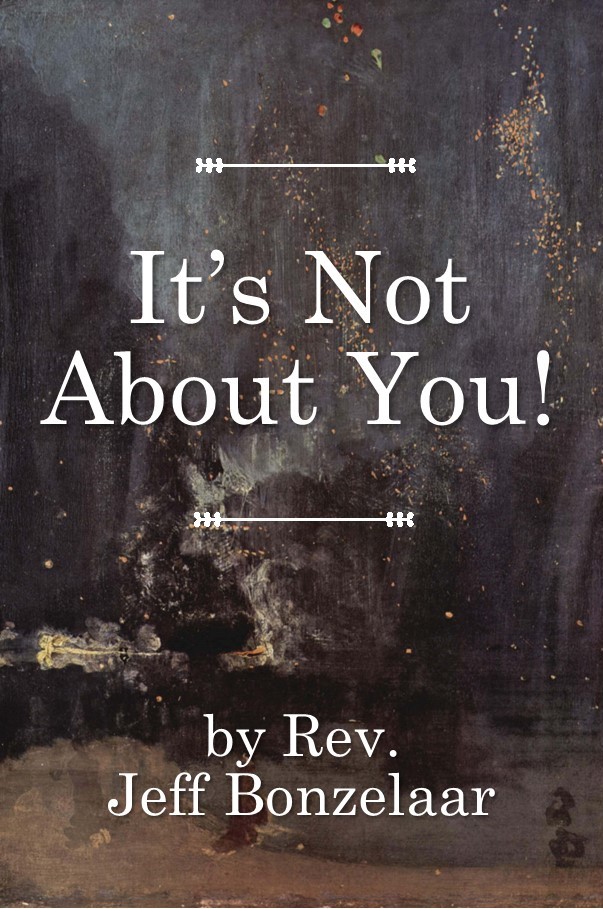 It’s Not About You!

“I cannot believe in a God who is supposedly all-loving and all-powerful yet permits so much tragedy to befall his creation.” (The Disappointed Many)

Most people point to the problem of evil and suffering as their chief reason for not believing in God. The late British theologian John Stott wrote, “The fact of suffering undoubtedly constitutes the single greatest challenge to the Christian faith.”

A majority of the men and women who enter our program come from histories littered with pain, abuse, rejection, and loss. So it is not hard to understand the difficulty many have in trusting God and committing their lives to him.

There’s a story in the Bible that addresses this question. I must confess that the statement given can sound terribly harsh and insensitive, especially when ill-timed. I would suggest holding off making this comment to your friend who has recently been diagnosed with untreatable cancer or to your neighbor immediately after his house burns down.

That said, the person who voiced this sentiment was certainly qualified to speak on the subject:

The man I am referring to is Joseph.

Near the end of his life, he told his brothers, the ones who had been responsible for most of his suffering: “You intended to harm me, but God intended it for good to accomplish what is now being done, the saving of many lives” (Gen. 50:20).

Note three things: First, God “intended” all of Joseph’s hardships. He purposed and planned (not merely allowed) for them. Joseph’s troubles weren’t accidents. They were divinely orchestrated.

Second, while others had malevolent motives, God’s intentions were good all along. His designs were to benefit, prosper, and bring wellness.

Third, the good God had intended was “the saving of many lives.” That is, to recover and bring life . . . to others.

What Joseph said was, in short, “It wasn’t about me!”

We learn from this story that God, in his wise and loving judgments, fits us with troubles and hardships for not only our good but others’ good. God qualifies each of us in specific ways to uniquely reach certain people.

This is a hard truth, . . . but a liberating one. Our suffering isn’t arbitrary or meaningless. God not only intended it but intended it for the good of others. It takes grace to recognize that there is a greater story being written—a surprising yet beautiful love story of redemption—God reconciling all creation to his Son Jesus Christ and using us as his cast members.

As he reclaims us, he is also preparing us to join with him in his reclamation of the world. To be living platforms of his kingdom-shalom for the benefit of others.

At Life Challenge, addiction-recovery is more than sobriety, being clean, or even wellness and a life of thriving. Recovery is nothing unless it is participation with God in his recovery of a broken, fragmented world. He heals us so we can, in turn, be healers. He delivers us so we can join with him in bringing his deliverance to others.

As our identity and purpose is grounded in God’s life and love for the world, we will discover the meaning and satisfaction God meant for us—even and especially in our suffering.

The statement, “It’s not about you,” may sound harsh, but it is healing medicine for all who are able to receive it.